Age Uke (upper block) is one of the first blocks practiced in shotokan karate. Here is a basic explanation of the block with a video tutorial at the bottom of this page. It should also be mentioned that karate blocks can also be used as attacks. In this article we are going to go through the movement rather than the applications of Age-uke. 1. Starting from the yoi (ready) position in shizentai (natural stance). Place the left arm above the head, so the elbow is directly above the shoulder, one fist away from the head and just above the eye line. 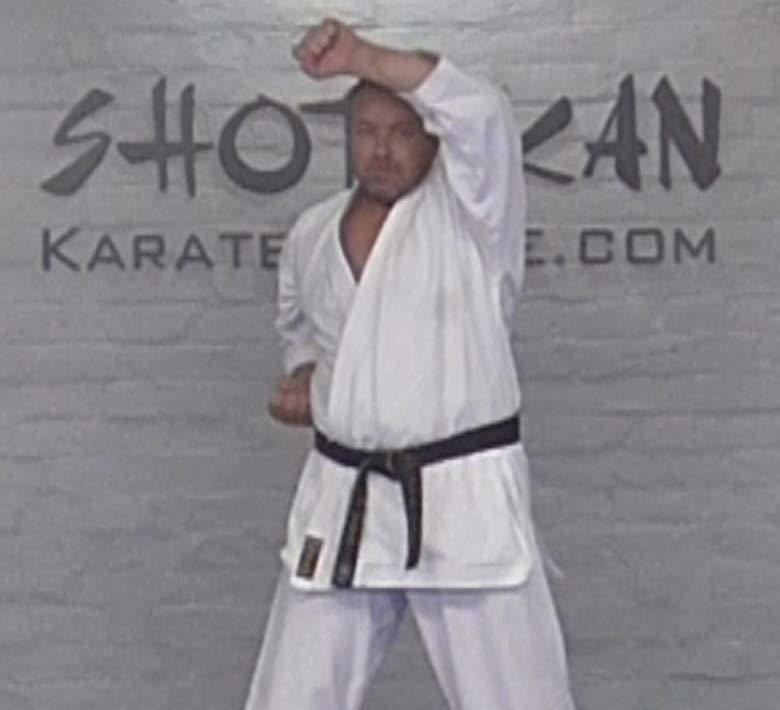 2. keeping the elbow as explained above, bend the left arm, so the fist is just above the head. The fist, forearm and elbow are about a fist to a fist and a half away from the forehead. Try and keep the wrist straight. 3. The left arm is now in the upper rising block position. The right arm should be in the hikite (hiki=pulling, te=hand) position. The right hikite fist should be clenched and placed on the right side of the body, palm up, at the bottom of the ribs, with the right elbow pulled in tight. You should now be in the age uke position. Lets look at the actual sequence of arm movement, when practicing Age- uke.

1. Open the left hand. Now imagine you are going to use your right hikite fist to punch your left arm, in the middle of the forearm. That is roughly, the path your right fist is going to take.

2. As you start to lift the right blocking arm, drop the left elbow and turn the left hand, so the thumb (which should be bent), is facing towards you. As you lift the right arm and drop the left, both arms should cross in front of the chin. The right blocking arm should be on the outside, so the left pulling arm, is closest to the face. Still keep the arms, a fist to a fist and a half distance, from the face.

3. Continue the upward movement of the right arm, remembering you were aiming a punch at the middle of the left forearm, when it was in the age uke position. As you raise the right arm from the crossed arm position (5), start to rotate the forearm counter clockwise, so the palm faces away from you. The left arm now becomes the hikite (pulling hand), moving down to the finished hikite position at the left side of the body.

4. Breathing should be silent and natural. Breathing in on the preparation and out on the execution of the block. Both fists should stop at exactly the same time.

Rei (Bow) Understanding The Karate BowIt is upsetting when END_OF_DOCUMENT_TOKEN_TO_BE_REPLACED 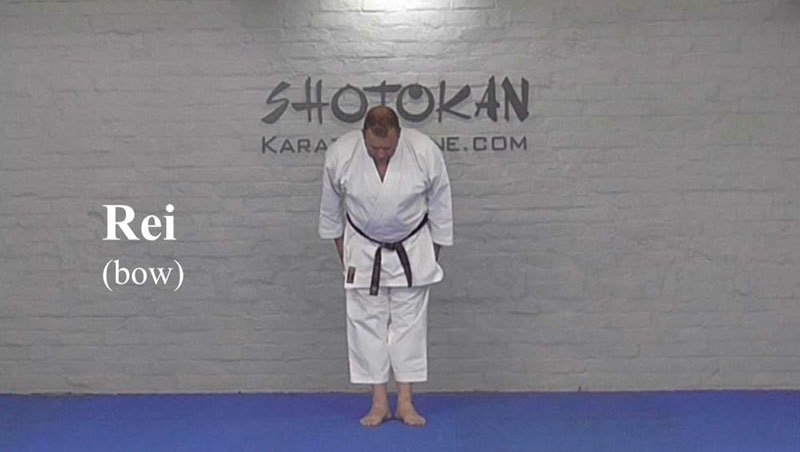 The Karate Warm Up And StretchThis is one of END_OF_DOCUMENT_TOKEN_TO_BE_REPLACED 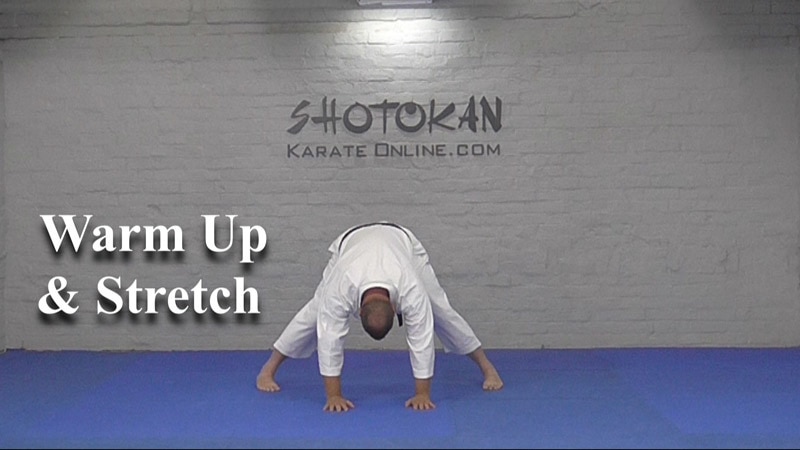 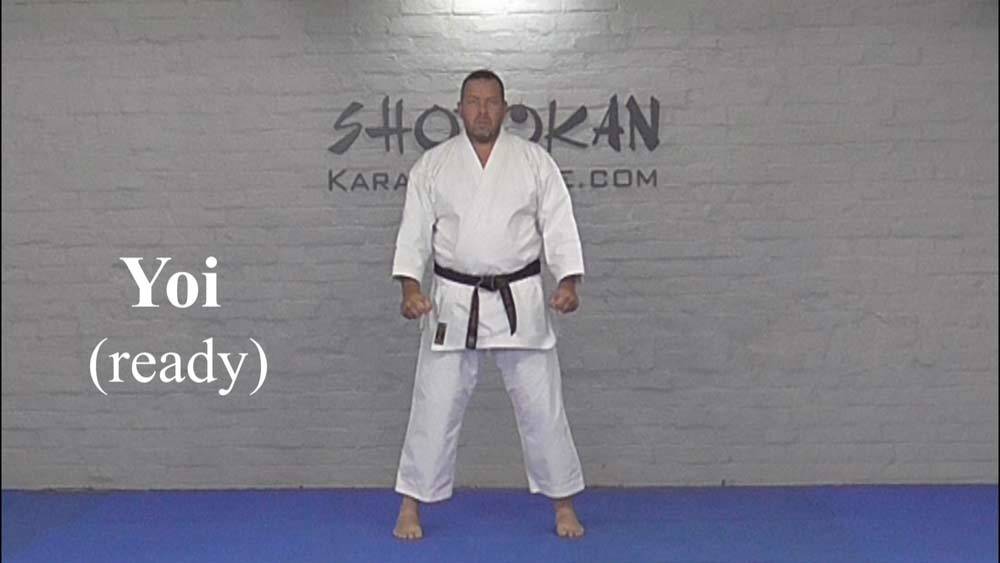 Forming The Karate Fist Seiken (forefist)1. Start from your END_OF_DOCUMENT_TOKEN_TO_BE_REPLACED 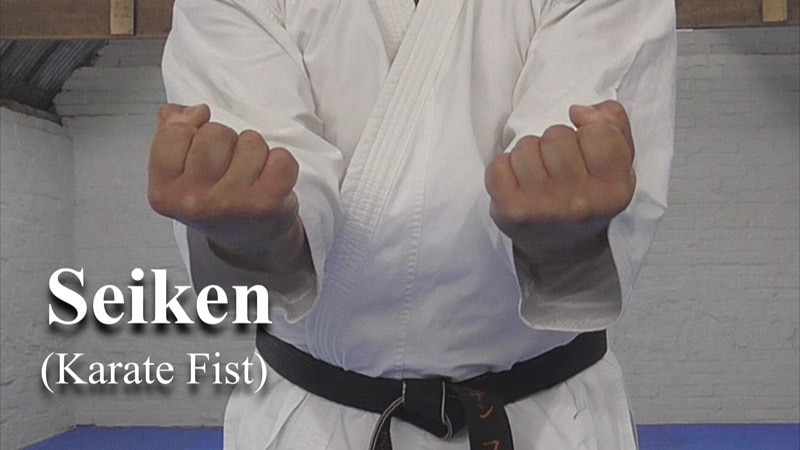 Choku-zuki Straight Punch Like A Whip Not A Thud! END_OF_DOCUMENT_TOKEN_TO_BE_REPLACED 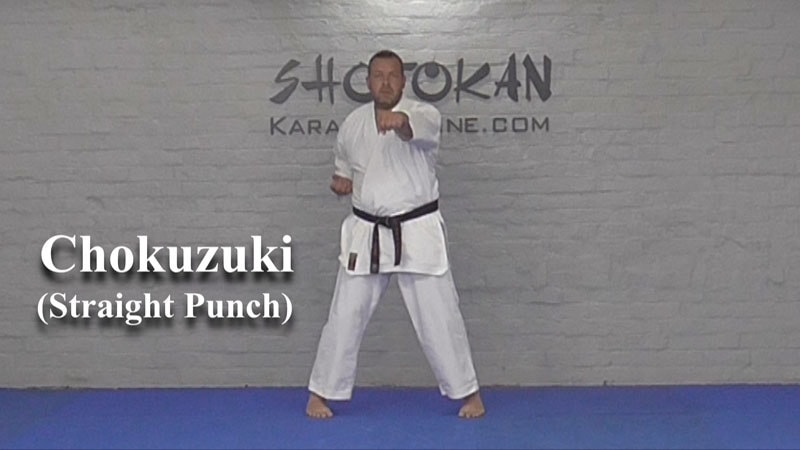 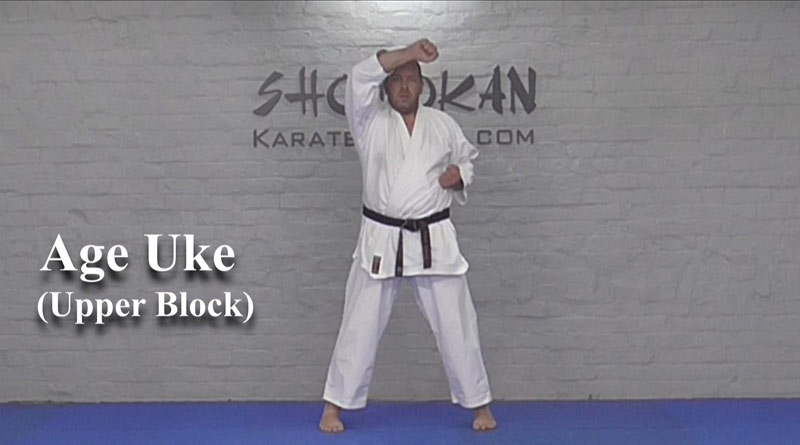 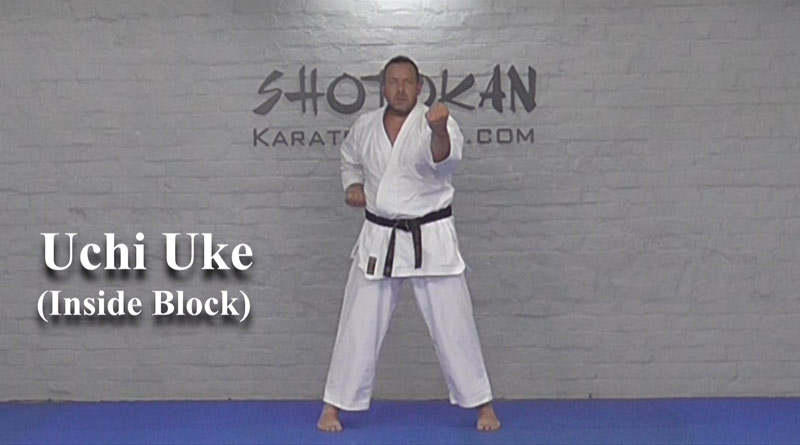 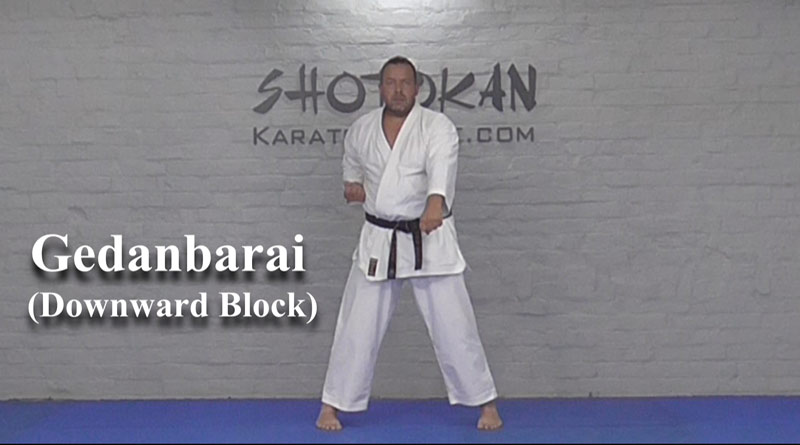 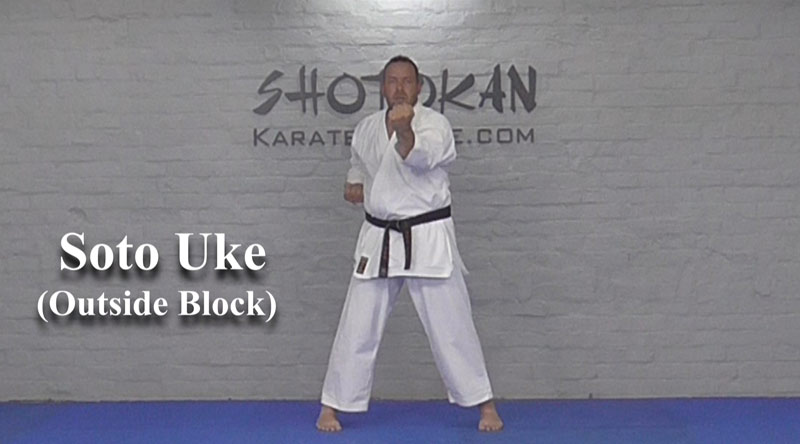