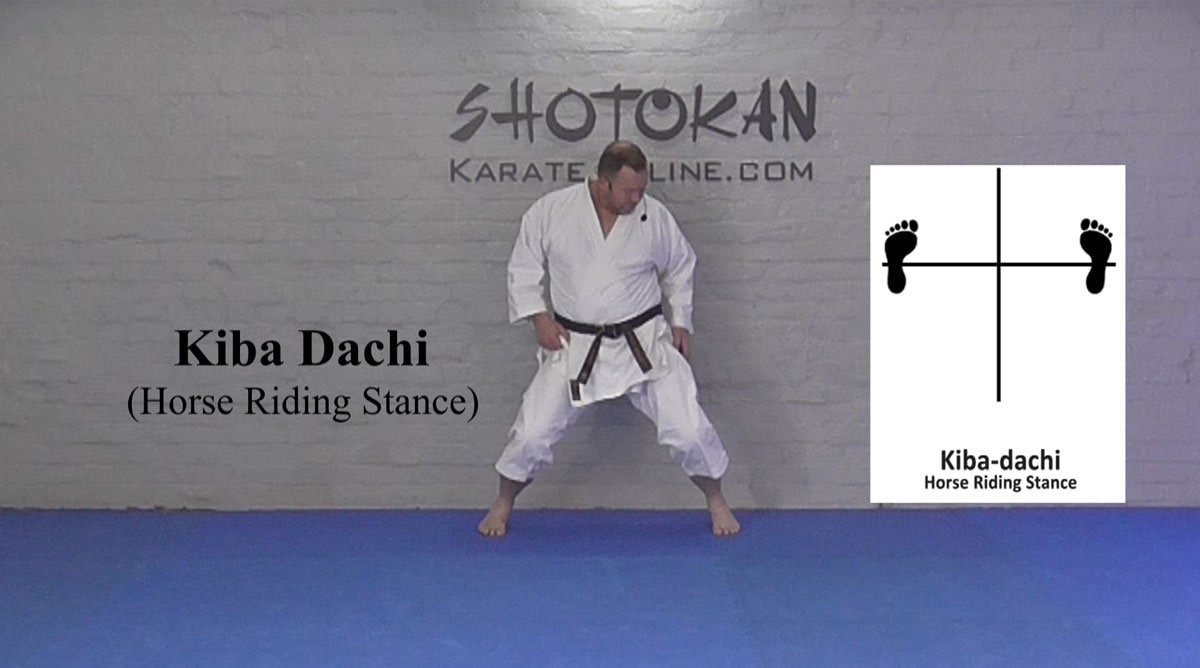 This is classed as a basic stance and most people can grasp the basic fundamentals of this stance very quickly, although there are many advanced concepts with this stance later on in your karate practice.

Get into the habit of breaking new karate moves down, they then become much easier to understand the small detail.

1. Weight distribution for kiba dachi is weight central.
2. Stance length depends on the length of your legs, but one shoulder width and a half is a good guide to start.
3. Feet should be both facing forward as much as possible.
4. Bend the knees naturally, do not push the knees out or let them collapse inwards.
5. Roll the hips up and try not to let your hips stick out.
6. Keep your back straight
7. Tighten the inside of the thighs.
8. If you drop a line down from either knee it should come down inside the big toe.

Kiba dachi should be practiced consistently, the stance should always be the same length and getting a good front stance is imperative for your future progression in karate.  Whether you are attending a karate dojo, or learning karate at home, I recommend you break all techniques down and repeat again and again. For stances it’s a good idea to hold the position for a minute or two and then change to a different stance and repeat.

Shotokan Karate And Kime. What Is Kime?