The ‘Shock Hit’ In And Out Of The Karate Dojo

One of our Karate club’s, Brown Belt’s, was kicked in the head recently with a beautifully timed and controlled mawashigeri (roundhouse kick).
He was stunned, shocked and bewildered, but he was ok. The karate kick was well controlled, no lost teeth, no knockout, no broken jaw, no broken nose, in fact, no broken anything. So why did he freeze and almost collapse with shock?

He’s a karate brown belt, he’s been hit many times, some of them hard, but he’s never been, what I call, ‘shock hit’ before.
When you get hit hard and fast, you can deal with it, the human body can take a hell of a lot of punishment. Take a look at the UFC. They batter each other, then batter each other some more.
But, every now and then you will see the same fighters crumble at a seemingly weak strike.

A strike that people can’t take is a strike that they don’t see or expect.
The legendary Muhammad Ali, performed such a strike on Sonny Liston in their infamous rematch. The contest became known as “the phantom punch fight” because the punch ali knocked Liston out with, looked so weak. 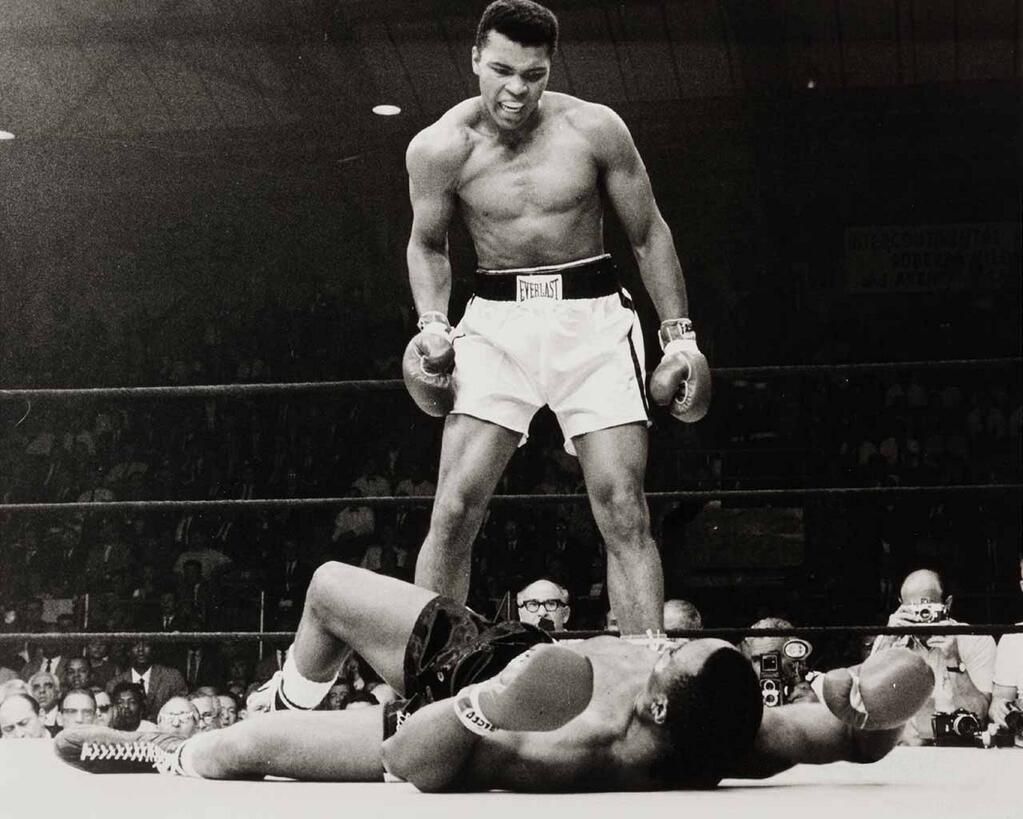 Most traditional Karate dojo practice semi, or no contact sparring, the older I get, the more no contact appeals to me, but realistically there should be contact, not all the time, but karateka should know what it’s like to get hit and every now and then, hit hard, then once they’ve been hit, they then need to deal with it.

There really is to much namby pamby (weak) karate being practiced today, if any Karateka wants to be able to defend themselves in the street, they need to train hard. Hard training can still be controled training, you don’t have to bury the dead after every Karate club session.

Watch out for the shock hit and they’re the ones you want to learn to hit with.