The Traditional Karate Dojo And Etiquette

Karate is about discipline and respect. Etiquette in the karate class is where it all begins. Master Gichin Funakoshi, who was the founder of shotokan karate, said, ‘karate begins and ends with courtesy’. Etiquette varies from karate dojo to dojo, but the points below should give you an understanding of etiquette within a traditional karate dojo.

Do’s and Don’ts, regarding Dojo etiquette:

• Bow respectfully on entering the dojo, to show respect for the place of learning.

• Make sure your karate suit is clean

• Any karateka who does not bring their belt (obi) to class, must stand at the end of the junior grades in the line.

• Finger and toe nails must be clean and cut short.

• When commanded, Karateka will line up according to grade from highest to lowest, this should be done quickly and quietly.

• Do not wear watches or jewelery (if you have a ring that cannot be removed, tape must be placed over it)

• Please do not swear, chew, spit or commit any other act that is deemed inappropriate.

• If you need to leave the dojo, ask permission to leave.

• If you are late, bow on entering the karate dojo take up a kneeling position (seiza) at the entrance to the Dojo and wait for permission from the sensei before joining the class.

• Always line up in straight lines, from left to right and front to back. Higher grades always in front of lower grades.

• At the beginning and end of the karate class, everybody takes up the kneeling position (seiza). First comes a brief meditation period “MOKUSO”, this may go from a few seconds to a few minutes. Try and clear your mind of all thoughts and mentally prepare for dojo practice. After “MOKUSO” everybody, including the sensei will bow to the front “SHOMEN NI REI”, the sensei will then turn to face the class and the second bow “SENSEI NI REI” which will be the students and teachers bowing to each other.

• At the end of training some dojo also recite the dojo kun.

• Belts must be tied correctly before entering the karate dojo and if the belt (obi) or karate suit (Gi) need straightening, one should turn and face the back of the dojo.

• Karateka should always show enthusiasm and give 100% while attending the karate classes.

• Senior grades must help the junior grades with their karate before, during and after class.

• When moving around the dojo during a class, do not walk between karateka, always walk around.

• “Oss” should be said respectfully upon receiving any instructions or advice from the sensei or sempai.

• “Oss” should be said respectfully when bowing to your partner in sparring (kumite).

• Some dojo remain silent on the bow before a kata, other dojo say “Oss”

• “Oss” should be said respectfully in any other appropriate situation, for instance during examinations or competitions.

• Address any instructor as “Sensei” whilst in the karate Dojo and any senior grade as “Sempai”.

I hope this article helps you understand some of the etiquette used in many karate dojo around the world, because When someone firsts starts to learn karate, the dojo procedures can be very confusing. 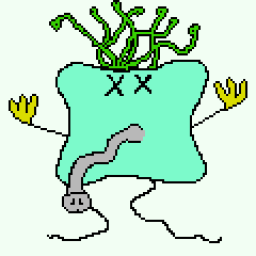